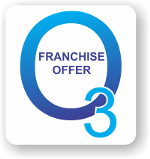 We are a Registered Member of OPASA

Our Patients have the final say! 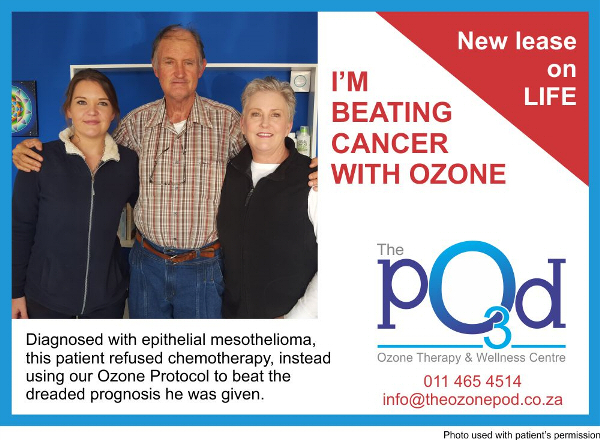 After 12 months of ozone therapy and 3 months of virotherapy, this patient is still enjoying an active lifestyle, despite the poor prognosis given to him by his doctor in February 2016.  Trisch from The Ozone Pod travelled overseas with him in December 2016 to receive his first treatments of virotherapy.  As at February 2017, he has gained weight, eats well and his tumour growth has been halted.  Update : As of July 2017, he is still enjoying good health.*

Sarcoma patient, Charmaine, initially was too exhausted to travel to The Ozone Pod.  After just 8 Pod sessions, she says she sleeps well at night and has more energy during the days than she ever has had - even before her illness.  We've also noticed how good she is looking!*

Client in RSA 70 year old bought a Little Miracle at the beginning of December.  Last week he was at his cardiologist Dr A Barnard Mediclinic Bloemfontein for his yearly checkup.  He has heart problems, cholesterol etc and after 10 ozone sessions had tests redone and his specialist said to him he can’t believe it’s the same man from a year ago as his body is as healthy as a young mans.  The specialist is also prepared to be used as a reference and he said he will send all his patients in the Vryburg Stella area to the man as he knows that ozone works.  He is Dr Barnard tel no 0514440692 and my client is in Stella near Vryburg Uncle Hain 017599337 if you have anyone who is sceptical about ozone treatment they can contact these people.* 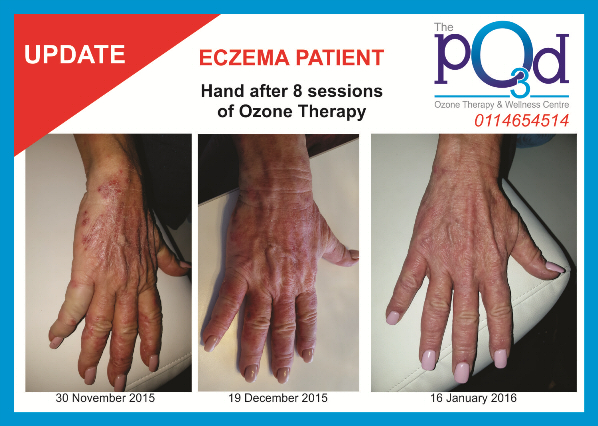 Glenda was diagnosed with Multiple Sclerosis 18 years ago.  "I can't believe I don't have brain fog anymore!" she said after just 3 sessions of Ozone Therapy.  "I can also pick up things now - something I couldn't do a couple of weeks ago".*

I didn't want to get out!  It's my 'happy bubble'! - Luisa (who is now a Registered Ozone Practitioner!)*

Normally if I don't take a sleeping tablet, I can't sleep.  But after a session in the pod, I slept like a baby! - Peter* 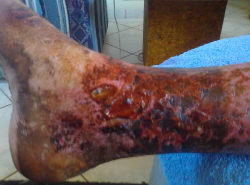 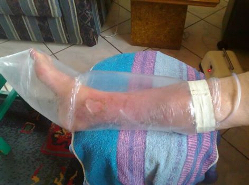 Above : Before and after pictures

Prof Gresse treated this gentleman in Namibia.  Due to being a Type I Diabetic, a wound on his leg went gangrenous.  Doctors did not want to amputate the leg as the gangrene had already spread into the bloodstream.  After 6 weeks of Ozone Bagging, his leg (and his life) was saved.* 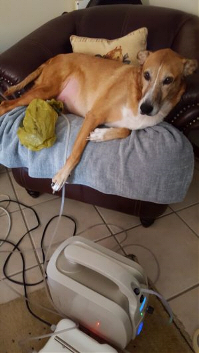 Rolo was diagnosed with an abscess on her leg.

We did a house call and bagged her leg which was swollen and painful.  She could not put any weight on it.

Rolo was an absolute star, lying quietly while receiving her treatment - our furry friends know when stuff is good for them!

After 3 sessions she was bouncing around again, full of energy and the swelling had subsided.

Her Mom was overjoyed at how quickly her leg healed.

Three months later, Rolo relocated with her family to the UK and is now enjoying running through the fields chasing rabbits!*

While the testimonials above are true and correct, please note that results may vary from patient to patient.